Robert Jubin founded the airport in 1946, and pilots like J. Douglas Bake and Gerald Beekman worked tirelessly to develop the airport facilities.

Gerald Beekman, of Oconto, was a military veteran whose duties alternated between infantry and aviation. He completed airborne jump school and Army flight school and was qualified in fixed-wing aircraft and helicopters. He served in both the Korean War and the Vietnam War. His final military assignments were as a staff member of the Department of the Army at the Pentagon and as senior Army advisor to the Wisconsin Army National Guard.

Gerald established the Oconto Aviation Service, a flying school where he trained pilots in at the Oconto Municipal Airport. He served as chairman of the Oconto Airport Commission and in numerous government and veteran organizations.

The Oconto Municipal Airport bears the name of J. Douglas Bake, an Oconto resident known as “Mr. Airport.” Douglas enjoyed sharing his love of flying and aviation with others. The World War II veteran was instrumental in developing the airport in Oconto County.

Douglas joined the Army Air Corps in March 1945 and served as gunner on a Black Widow fighter plane. Following his discharge from the Army Air Corps in 1946, he attended Milwaukee School of Engineering and earned an electro technician certificate. He worked at the family car dealership until retiring in 1986.

In April 2001, Doug received the Wisconsin Aviation Lifetime Service Award from the Wisconsin Department of Transportation. In December of 2002, the Oconto County Board presented him with a certificate of appreciation for 50 years of outstanding service at the airport.

He passed away on March 3, 2003, at the age of 76. The Oconto airport he worked so hard to develop is a lasting tribute to him. 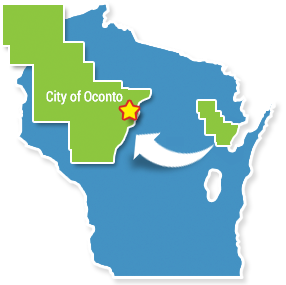